Section of the Berlin Wall, as seen in the grounds of the Imperial War Museum

I adore history, especially that of the modern kind and, every now and then, I’m lucky enough to meet someone in my taxi who has directly experienced the effects of recent history; people who have lived through certain eras, and have played witness to chaotic periods which shaped the course of the previous century.

Last week, I had the pleasure of meeting one such person.

I’d just dropped a gentleman off and, as he walked around to the window to pay, raindrops began to splash on the windscreen. Inclement weather is always good for business and, to a cabbie, raindrops really are pennies from heaven. When the skies open up, hands go up too as people strive to avoid a soaking.

Sure enough, before the passenger had even finished paying, a woman eagerly approached, enquiring if I would soon be free. I gave her an affirmative thumbs up.

Despite the downpour, the new passenger was incredibly cheerful and bubbly. As I turned the cab around and snapped the wipers on, I asked whereabouts she was travelling to from St Pancras.

“Paris” she replied;  “not a holiday I’m afraid; I live there now, out in the suburbs.”

“That’s certainly not a French accent though” I smile.

“No; I’m from Berlin originally.”

I told my passenger that I’m hoping to take a short break to Berlin at some point in the next few months.

“Ah, you should. It’s a great city. Have you ever been to Germany before?”

I have indeed been to Germany before, but I was very young at time. The last time I was there, Germany was still divided between West and East.

We spent one Christmas visiting my Grandfather, who then worked at ‘Ramstein Air Base’; an immense installation, its huge size firmly securing it as the headquarters of the United States Air Forces in Europe. Even today, Ramstein has the largest American community outside the US.

My main memory of the airbase is of its vast department store and the ‘Garfield’ merchandise which sat upon the well-stocked shelves (a sound indicator that we were on the Capitalist side of the Cold War; I doubt the Soviet bases readily made plush toys so readily available to their servicemen!)

“East and West,” muses my passenger, “ah; I remember those days well.”

Like so many Europeans I meet in the Taxi, the lady spoke perfect, fluent English.

“It must have been quite an experience to live through such times?”

“It was, yes. I was lucky; I was born and grew up in West Germany. My parents however were originally from the East. They defected.

You see, my parents were intellectuals and they wished to train to be teachers. However, in Eastern Germany, this was not so easy. Being Communist, the authorities liked to give university precedence to those from agricultural or industrial backgrounds.

I’m not saying this is a bad thing of course; it is good for all people to receive an education. However, the Communists simply flipped the situation around, favouring one group over another.

My parents realised that it would be very difficult to become teachers in the East. Even if they were accepted, they would have to bow to and promote Soviet ideology, and this is something they knew they would not be able to stomach.

Defecting was a very dangerous, very tense act to carry out. It was illegal of course, and the penalties if caught were severe.

It was also an awful decision to make and, even though those who loved them actively encouraged them to go, they knew that leaving family and friends behind would be very painful indeed.”

“So how did they manage to escape?”

“Well, they finally left in 1961; around the time construction on the Berlin Wall really began to get underway. When that started to go up, they knew they had to get out quickly.

They defected by train. It was still possible to travel between east and west in this way, but is was risky. Naturally my parents couldn’t take any possessions with them at all- to do so would have aroused immediate suspicion. They had to leave everything they owned behind. The only luggage they took was a small brief-case; carried by my father. They had to give the impression they were only making a short day trip.

Thankfully they made it safely to the West without the guards suspecting.

Once there though, my father received a huge shock- when he opened his case, he discovered lots of silver-wear in there; expensive cutlery and so on. My Granny had put it in there without him knowing! She meant well of course, but my father was furious! Can you imagine if he’d been searched? The game would truly have been over…

With nothing to their name, they moved into a one-room apartment. They’d left a nice house with a large garden behind in the east, all of their possessions and memories, friends and family.

But they were free.

When I was growing up, it was possible every now and then to travel into East Germany to visit family. However, it was like calling on them in prison.We were allowed to take small parcels of gifts, but the border guards would search these very thoroughly.”

“What was your main impression of the East?” I ask.

“Grey. It was all so very, very grey; devoid of colour. Especially by the late 1980s, the people looked very depressed and downtrodden indeed.

When we visited, I remember seeing other children the same age as me- waiting in long queues outside shops. They didn’t even know what they queuing for; their mothers would hear a rumour that something or other had appeared in a shop, and they would send their children out to fetch whatever it was, hoping it would be worth the long wait.

When the wall finally came down, that was one of the best days of our lives. I remember a group of our cousins running across a road towards us; their eyes wet with joy.”

Sadly, we’ve reached out destination very quickly. As the gothic spires of St Pancras International loom into view, I find myself wanting to hear lots more about this Berliner’s family and experiences. This is the downside of meeting wonderful people in the cab; they’re gone all too soon.

I doubt she often has the opportunity to speak so openly about her parents’ experience, and it seems like our chat has sent many memories rushing to the surface. As we say our goodbyes, the woman lets out a melancholy sigh and shakes her head.

“Enclosing people with a big wall. Just imagine! What ever possessed them to do it?”

The Berlin Wall was famously torn down in November 1989. Today, parts of it can be seen and touched right here in London.

The largest section is to be found in the grounds of the Imperial War Museum in Lambeth. The slab boasts an excellent example of the type of graffiti which characterized the western side of the wall. This section of the wall was located near the Brandenburg Gate, and was acquired by the Museum in January 1991; not long after the collapse of the Soviet Union. A photo of the wall-section can be seen at the top of this post.

Inside the museum itself, there is a gallery dedicated to the Cold War and the Berlin Wall.

Reconstruction of Berlin Wall guard post & model of the wall itself, as seen in the Imperial War Museum

Another piece of the Berlin Wall was introduced to London earlier this year, when a statue of President Ronald Reagan was unveiled on Grosvenor Square. Set in the statue’s plinth is a plaque, which contains a small block of the wall, along with a quote; Reagan’s plea to Mikhail Gorbachev to “tear down this wall.”

Posted in: In the Back | Tagged: Imperial War Museum, London Taxi, The Berlin Wall, true story 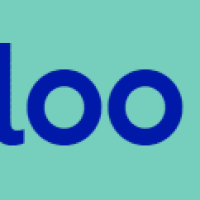