On Friday 16th May 2014 London acquired its latest statue… a sculpture of Teddy Baldock, the East End lad who rose to fame in the 1920s by becoming Britain’s youngest ever boxing world champion- an accolade which remains to this day. 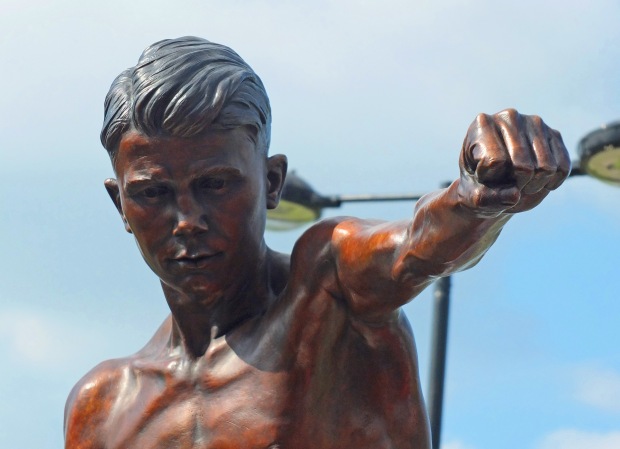 As promised in an earlier post about Teddy’s life and career (please click here to read), here are some photographs from the unveiling…

Langdon Park DLR. Teddy’s statue stands just to the right of this view.

The weather on the day was glorious… and as 3pm approached, a large crowd gathered to witness the ceremony.

Until the moment arrived, the statue (sculpted by Staffordshire based artist, Carl Payne) was draped in a golden shroud… which threatened to billow off with the wind on more than one occasion!

The statue was finally unveiled by Pam Baldock; Teddy’s daughter.

Pam Baldock unveils the statue of her father.

Although wee on first impressions, the statue of Teddy is in fact life-sized…he was a tough little fighter! 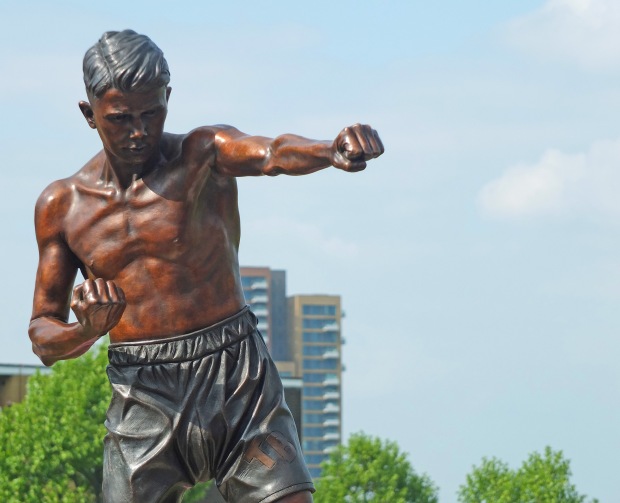 A plaque on the statue’s plinth informs the public of Teddy’s achievements.

After the unveiling, a group of ex-boxers gathered beneath Teddy’s statue for a fun photo-shoot.

When he died in the early 1970s Teddy was a tragic figure; penniless, homeless and long-forgotten, his funeral poorly attended.

However, thanks to the wonderful campaigning carried out by his grandson, Martin, the legacy of one of the East End’s finest sons has been revived; the huge turnout for the unveiling  bearing testament to Teddy’s achievements.

As well as the statue, Teddy’s memory will now live on in the Teddy Baldock Sports Benevolent Fund; a charity which supports former sportspeople who have been disabled by physical or mental injury or are suffering from general hardship. Please click here for more information. 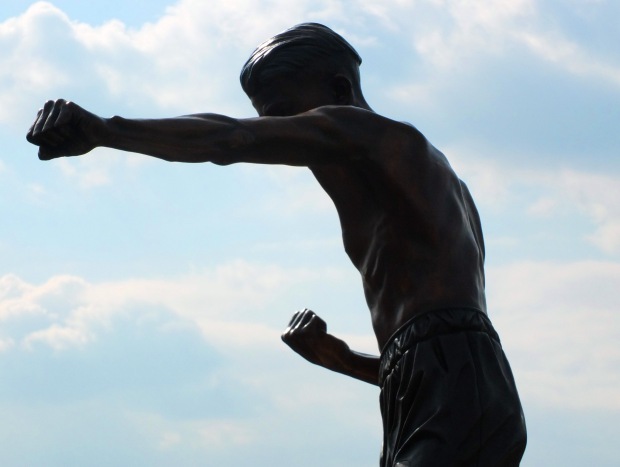 The Pride of Poplar… A New Statue Comes to Town

On May 16th 2014, East London will be blessed with a brand new statue of former boxer, Teddy Baldock; one of the area’s most remarkable sons. 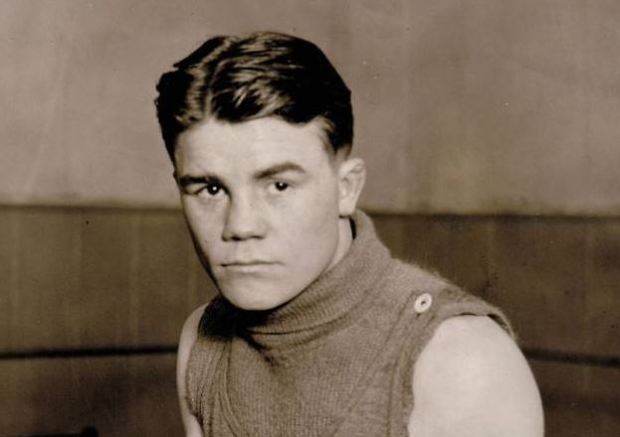 Born in Poplar in May 1907 Teddy’s life was marked by triumph and tragedy.

In 1927 aged just 19 he fought his way to become Britain’s youngest ever boxing world champion; a record which remains to this day. In his rise to fame, Teddy amassed a fortune and became known as the ‘Pride of Poplar.’ 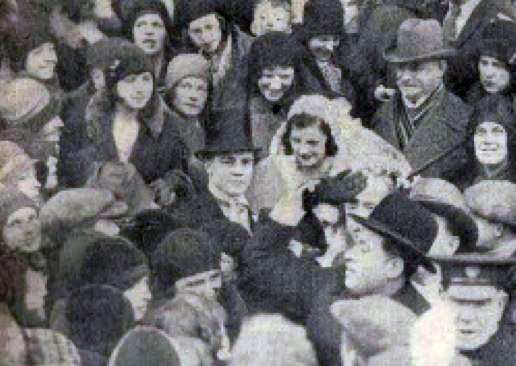 Teddy mobbed by fans on his wedding day (image: The Daily Sketch, via London Ex-Boxer’s Association).

However, after suffering injury to his hand in the ring, the young boxer’s luck quickly began to diminish.

Although he managed to forge a second career as a bookmaker, Teddy had a generous nature which was exploited as he gave away thousands of pounds to people whom he thought were friends.

During WWII the former boxer served with the RAF. Whilst he was away, his finances suffered further as a number of properties he’d invested in back in London were destroyed by air-raids.

As the years progressed, Teddy began to drink and gamble heavily. His marriage collapsed and by the time he died in March 1971, Teddy was penniless and long forgotten, an elderly vagrant shivering out his final days on cruel streets and in stinking doss-houses.

In recent years, Teddy’s legacy has been revived with the publication of a biography and a campaign by his grandson, Martin Sax to have a statue erected.

Sculpture of Teddy in his prime.

After a successful campaign to raise funds, Martin’s dream has thankfully come to fruition.

Sculpted by Carl Payne, Teddy’s tribute will stand outside Langdon Park Community Sports College, Hay Currie Street where it is hoped it will inspire local youngsters. The site holds extra importance in that the college stands on the site of Teddy’s former childhood home.

The unveiling is scheduled to take place between 3-6pm on May 16th 2014 and at the time of writing, actor Ray Winstone (himself a boxer in his younger days) is pencilled in to do the honours. Photos will appear on this site after the event if you can’t make it!