If you ever find yourself feeling thirsty within London’s historic square mile then head for St Paul’s churchyard where, standing opposite the southern side of the magnificent cathedral, you’ll find this equally monumental structure: 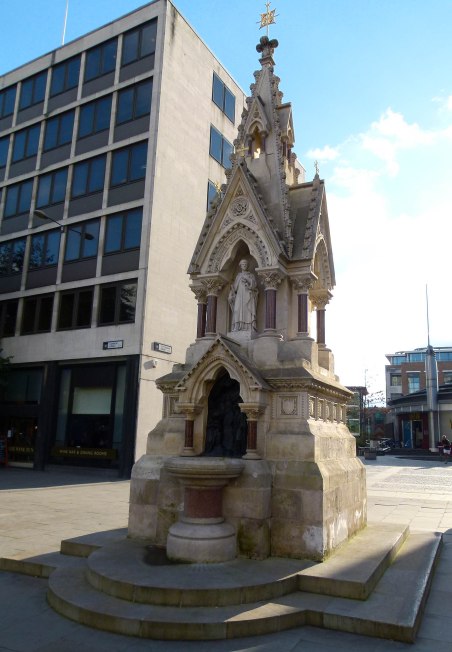 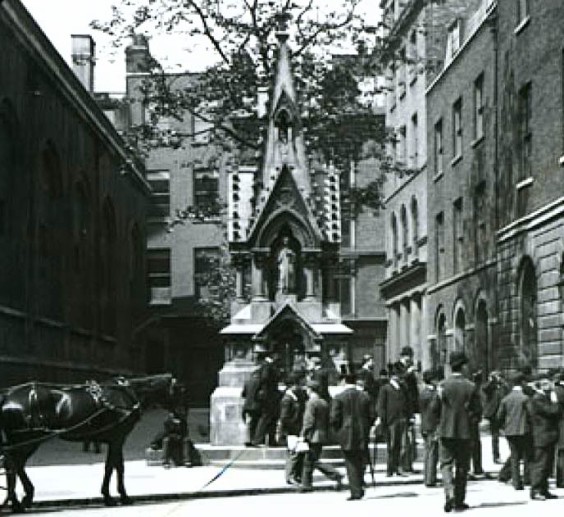 The fountain at its original location in the Guildhall courtyard.

The original St Lawrence Jewry church was one of many destroyed during the Great Fire of London in 1666.

It was rebuilt by Sir Christopher Wren and the fountain was installed 200 years later by the Victorians as a way of marking the bicentenary. 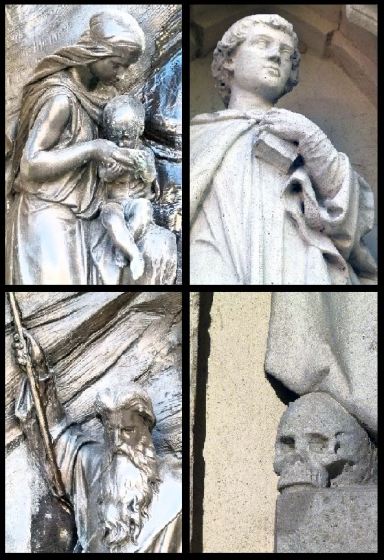 On the night of December 29th 1940 the church suffered appalling damage during what would turn out to be the heaviest night of the blitz. 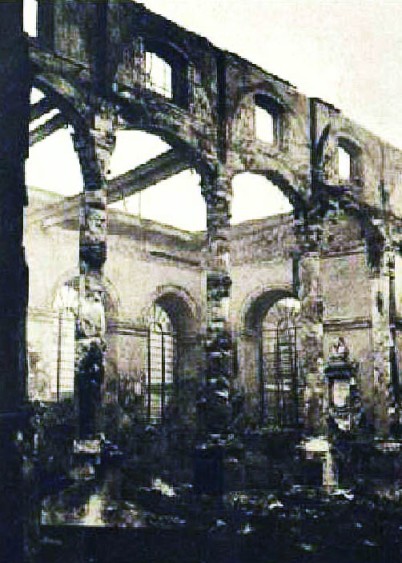 Amazingly the fountain survived, standing proud in the midst of the bombsite and holding the fort until the 1950s when St Lawrence Jewry was skilfully restored to Wren’s original design.

In the 1970s the Guildhall underwent extensive redevelopment which required the fountain to be dismantled.

Divided into 150 pieces, the Victorian masterpiece was reduced to a complex jigsaw, stashed away on pallets and stored at a barn in Epping where it would remain hidden for four decades.

The fountain finally returned to the streets of London in 2010 when it was lovingly pieced back together and installed at its new home opposite St Paul’s Cathedral; that other great survivor of the December 29th air-raid.

The iconic image of St Paul’s Cathedral, photographed on the night of December 29th 1940. 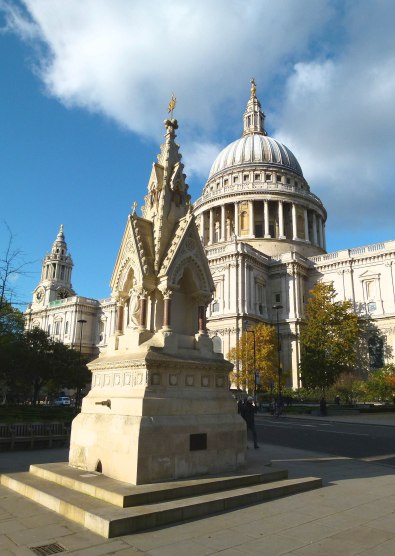 If you fancy a sip from the fountain, the pipe can be found around the back; on the south side which faces towards Distaff Lane and the Millennium Bridge.

A cyclist fills up from the Victorian fountain- the pipe is ideal for topping up water bottles.