“I danced myself into the tomb”… A tribute to Marc Bolan

The 16th of September 2017 commemorates the 40th anniversary of the death of one of London’s most famous sons: Mark Feld– aka Marc Bolan– the flamboyant frontman for 1970s band, ‘T-Rex’.

His early childhood was spent at 25a Stoke Newington Common and he attended Northwold Primary School and William Wordsworth Secondary Modern, Dalston.

The Feld’s were a humble family.

Marc’s father, Simeon was from hardworking Jewish stock, driving a lorry from Monday to Friday and running a stall on Petticoat Lane (an institution which Marc would later reference in his 1976 song, ‘London Boys’) on weekends.

Marc’s mother, Phyllis was also a market trader; her pitch was at Berwick Street. As a youngster, her son often helped out on the Soho stall; a job which no doubt helped Marc develop the confidence and flair he’d later become famous for. 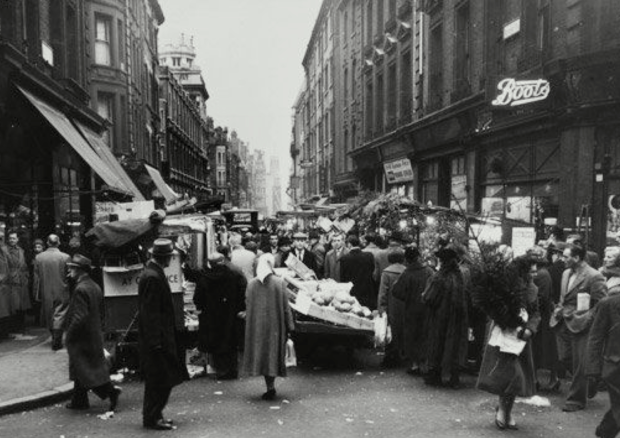 In the early 1960s the Feld’s moved south of the river to a prefab at 27 Summerstown, a stone’s throw from Wimbledon stadium. The former home is now covered by an industrial estate.

The site of the Feld’s former home, Summerstown (image: Google)

Marc enrolled at Hillcroft School, Beechcroft Road (now Ernest Bevin College) but after gaining a reputation as a daydreamer who lacked concentration he was expelled at the age of 14- although he’d later recall that “They were very nice about it.”

Marc Bolan in his teens

He received his first guitar and record player aged just 9 and his father would often bring home vinyl discs which he’d picked up on Petticoat Lane. Marc’s idols were Chuck Berry, Gene Vincent, Elvis Presley and the then fledgling Bob Dylan.

As he entered his teens, Marc took to busking outside the former ‘Prince of Wales’ pub on the junction of Summerstown and Garrett Lane (which is now sadly a Tesco Express).

The former Prince of Wales pub, Summerstown all boarded up (image: pub history.com)

Southwest London in the early 60s however wasn’t exactly happening, so Marc would often head to Soho’s coffee bars; the ‘2is’ on Old Compton Street (now a branch of ‘Poppies’ fish and chip restaurant) was a particular favourite.

It was during this period he befriended an equally young David Bowie.

Marc was also passionate about clothes and began to cultivate his unique look with regular visits to the former ‘Bilgorri’ emporium on Bishopsgate.

By the age of 16 he’d adopted his first stage name- Toby Tyler– and was soon gigging at the ‘Middle Earth’ club on Covent Garden’s King Street.

It was in 1967 that Marc formed ‘Tyrannosaurus Rex’- later simplified to ’T-Rex’- and, after a turbulent start, the group achieved their first hit- ‘Ride a White Swan’- in the autumn of 1970 (please click below to listen):

After that, commercial success quickly followed as the group spearheaded the Glam Rock movement.

Please click the images below to hear T-Rex’s other hits which include:

In one particular appearance with Russell Harty, Marc was asked how he considered the future; the idea of being an older man in his 50s or 60s.

On Thursday September 15th 1977, Marc dined at Morton’s Restaurant, Berkley Square with his girlfriend and fellow performer, Gloria Jones; the American singer best known for her song, ‘Tainted Love’ which was famously covered by ‘Softcell’ in 1981.

In the early hours of the following morning, the pair left the club and climbed into their purple 1275GT mini. Gloria was at the wheel- Marc had a morbid fear of driving- and they headed for their home on Upper Richmond Road West.

Just before 5am however, Gloria lost control of the car on Queen’s Ride, Barnes; a particularly dangerous stretch of road which, unusually for London, has a distinct country-lane feel. 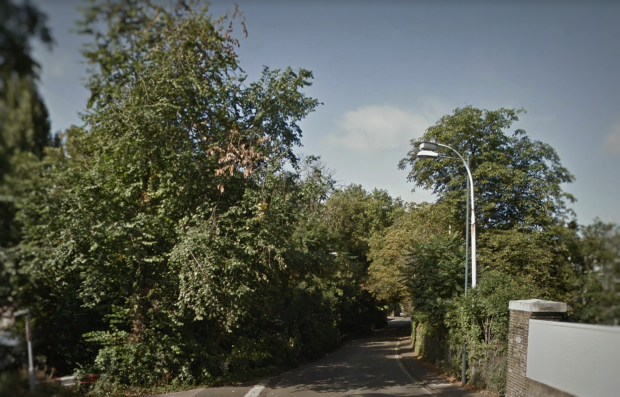 The mini careered off the tarmac, smashed through a fence and came to rest at a tree.

Marc Bolan’s funeral took place at Golders Green Crematorium on the 20th September 1977 where the centrepiece of his floral tribute was a large white swan crafted from chrysanthemums.

The tree in Barnes where Marc’s life was cut so tragically short, remains in place and has since become a major shrine for fans.

Marc’s parents, Simeon and Phyllis both died within 9 months of each other in 1991 and their names now appear alongside their son’s on a modest memorial plaque within the peaceful grounds at Golders Green Crematorium. 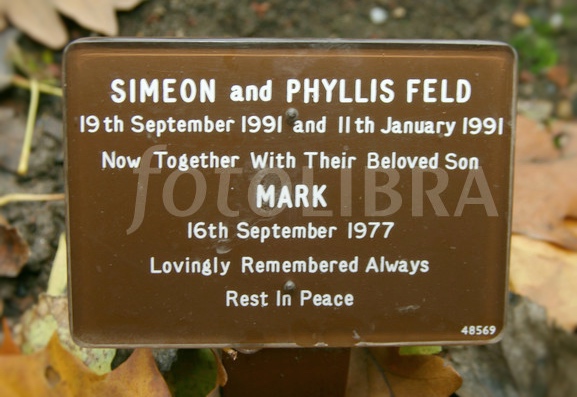 Please click below to watch Marc perform his classic, ‘Cosmic Dancer’ which was filmed live at Wembley in 1972: