Tucked away close to the peaceful Cherry Garden Pier in Rotherhithe, there lies a modest, medieval ruin. 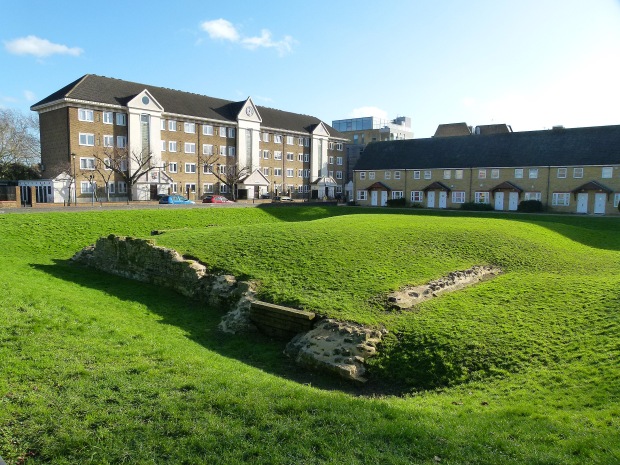 These remnants are all that is left of a royal manor house, originally commissioned by King Edward III around the year 1350.

At the time, the land upon which the king chose to base his Rotherhithe mansion was in fact a marshy island, lying a short distance from the southern shore of the yet to be tamed Thames.

The small palace was well equipped for royal visitors, boasting private chambers, a kitchen and a large hall with ample room for a big, crackling fireplace.

Accompanied by his entourage, King Edward would travel to Rotherhithe by boat, sailing across the Thames from the monarch’s main home at the Palace of Westminster, a journey of approximately three and a half miles.

It is generally understood that Edward used the country retreat as a place to indulge in his love of falconry; a sport in which he was highly accomplished. 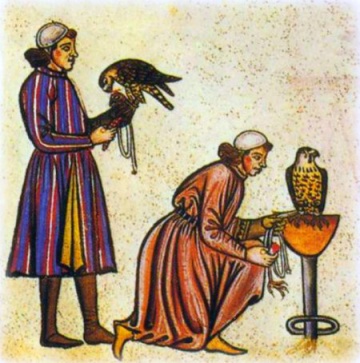 A few years after Edward’s death, his grandson, Henry IV spent much time as a recluse at the lonely manor house. Suffering from a dreadful skin disorder believed to be leprosy, tragic Henry is said to have spent his time at the Rotherhithe retreat swathed in bandages.

Henry IV who, suffering from ill health, spent much time in Rotherhithe towards the end of his life.

By the 16th century land reclamation meant the small island was able to merge with the mainland. The receded water of the Thames was replaced by a neat moat; a feature which led to Edward’s old palace becoming known as the ‘moted place’.

Sold by the Crown, the buildings were converted into a pottery works in the 17th century and, as London’s docks expanded, the building disappeared for good beneath clusters of hulking warehouses.

In 1839, the artist J.M.W Turner sat just in front of this spot, peering out across the Thames to paint The Fighting Temeraire.

Rather like Edward’s old palace, this once mighty ship (which had fought in the Battle of Trafalgar) had seen better days, and was being towed to Rotherhithe to be broken up. The painting is now part of the National Gallery’s collection.

What was left of Edward’s manor house remained buried and forgotten until 1985 when the derelict docklands were undergoing extensive redevelopment. At Cherry Gardens Pier, it was the construction of a new housing estate which unearthed the ruins.

Sadly, due to bouts of vandalism, much of the historic structure has been purposely reburied for protection.

Such mindless behaviour has also soured a beautifully moving artwork known as Dr Salters Daydream which once stood opposite the palace ruins. I have devoted an earlier post to this sculpture; please click here to read.