Whenever I have American tourists in my cab I always enjoy pointing out the statue of George Washington which stands outside the National Gallery on Trafalgar Square.

Unveiled on the 30th June 1921, the statue was a kind gift from the United States and is in fact a replica, based upon Frenchman, Jean Antoine Houdon’s marble version (commissioned in the 1790s by Thomas Jefferson) which can be seen in Richmond, Virginia. 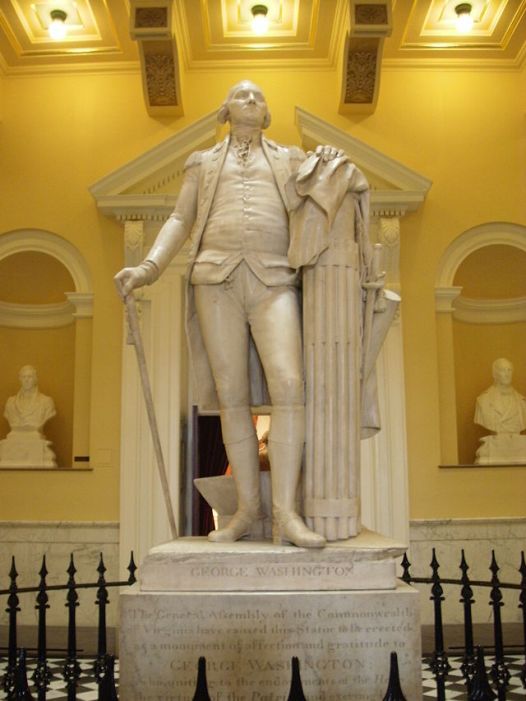 The statue shows Washington resting upon a ‘fasces’; a collection of wooden rods which the Romans employed as a symbol of authority. There are thirteen sticks in Washington’s bundle, representative of America’s original thirteen states. 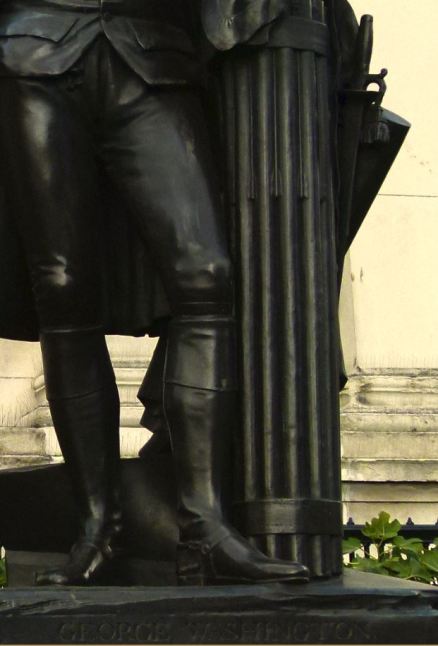 The sticks which represent the thirteen original states

As the Commander In Chief during the War of Independence and of course, the first ever President of the United States, George Washington is once rumoured to have said, “I will never set foot in London again!”

It is said that those responsible for installing Washington’s statue in London bore the legendary President’s sentiment in mind- and so arranged for a quantity of Virginian soil to be placed beneath the plinth, thus ensuring that the statue is technically on American turf…