Love is the Answer: A Tribute to Rik Mayall 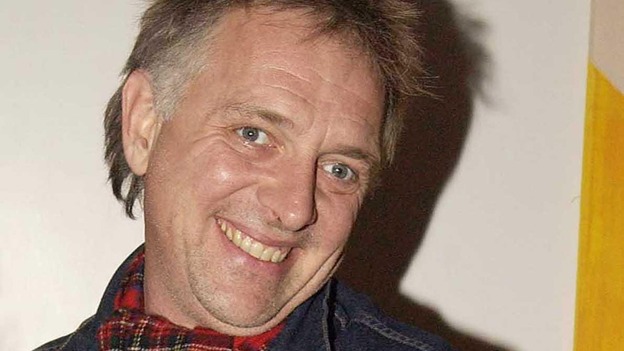 Rik was born in Harlow, Essex in March 1958 and moved with his family to the West Midlands when he three years old. Both of Rik’s parents were drama teachers so it’s no surprise he caught the acting bug early on.

Whilst at the University of Manchester in the late 1970s Rik met fellow student, Ade Edmondson and the two formed a life-long comedic partnership.

Rik Mayall and Ade Edmondson in their ‘Young Ones’ personas, early 1980s

Before long Rik and Ade were performing as a duo- dubbed ‘20th Century Coyote’- at the Comedy Store; a pioneering venue for the new-wave of alternative comedy acts burgeoning at the time.

Opened in 1979, The Comedy Store was situated above a seedy strip-joint on Soho’s Dean Street but can now be found on Oxendon Street near Leicester Square).

As well as stand-up, Rik had a cameo in the 1981 cult classic, An American Werewolf in London where he can be spotted as one the creepy locals in the sinister Slaughtered Lamb pub, indulging in a game of chess alongside the equally wonderful and much missed Brian Glover.

In the same year, Rik also had a far more serious- not to mention very underrated- role in Wolcott , a crime drama which was revolutionary for the time in that it centred on a black detective (played by George William Harris) tasked with bringing order to London’s East End.

In the series, Rik played a racist police officer; a far cry from the comedic roles for which he would become better known and a performance that demonstrated the true depth of his acting ability.

A brief clip depicting Rik in this unexpected role can be seen below:

In November 1982 The Young Ones burst onto screens.

The Young Ones (image: Mayall Online)

The digs in which the gang lived were located in an unspecified London suburb.

However, although the pilot episode- ‘Demolition’- was indeed filmed in north London, the following 11 episodes were shot in the Bishopston area of Bristol.

The Young Ones made Rik Mayall a household name and he went on to star in a host of other shows including Blackadder, The New Statesmen and Bottom.

Rik Mayall in ‘Blackadder’ as the outrageous Lord Flashheart.

Rik died of a heart attack at his home in Barnes, south-west London on June 9th 2014.

Following his sudden passing, 7,000 fans petitioned to have a bench and plaque in his honour placed on Hammersmith Broadway; the location where, in the early 1990s, Rik and Ade filmed the opening credits for Bottom which can be viewed below:

The words honouring Rik are bombastically tongue in cheek; a style with which he would’ve whole-heartedly approved. 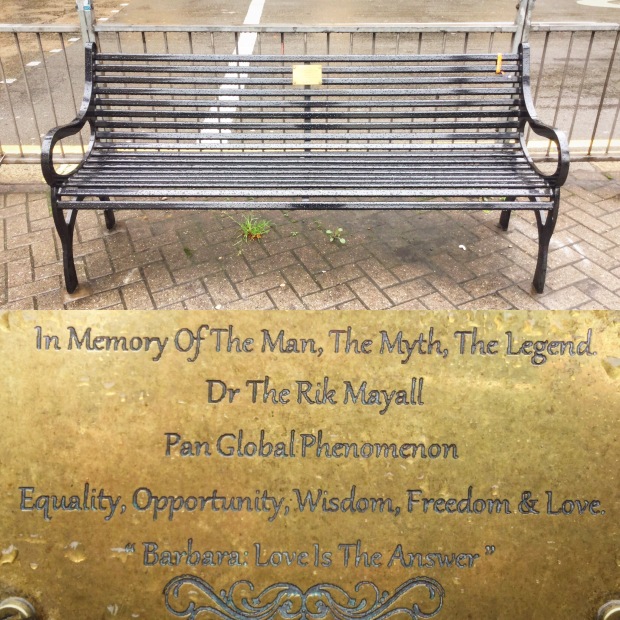 The final line however, “Love Is The Answer” is a reference to a funny, yet moving speech which Rik delivered to the University of Exeter in 2008 upon receiving an honorary doctorate.

In the speech, which can be viewed in full below, Rik imparted his ‘five mantras’- his personal rules for living a happy and fulfilling life- as a gift to the the large audience of young graduates.

Rik’s speech is well worth a listen (it’s even introduced by the legendary Floella Benjamin!) and is bound to put a smile on your face- although please be advised some of the language is a little blue!