During the Great War, there were moments when the thunder of guns and explosions ripping across the Western Front were so intense the sound could be heard as far away as London.

100 years ago, at 11am on Monday November 11th 1918, these hellish weapons finally fell silent when the Armistice (a word combined of two Latin phrases- ‘arma’ meaning weapons and ‘sistere’ for ‘to come to a stand’) which had been signed by the warring parties at Compiègne in France came into affect.

In London there were jubilant scenes as people took to the streets.

King George V and Queen Mary appeared on the balcony at Buckingham Palace and, the following day, attended a service of thanksgiving at St Paul’s Cathedral. 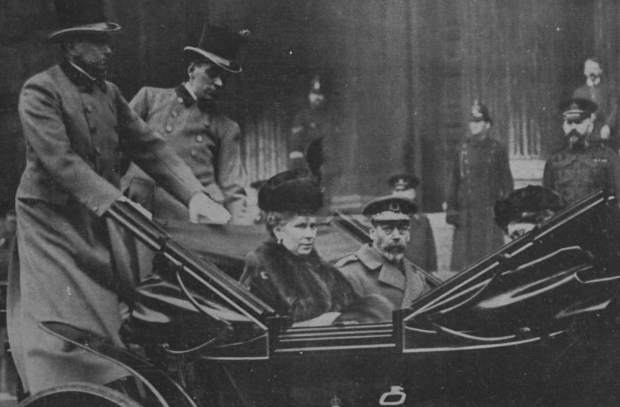 Once the celebrations had cooled, it was time to reflect upon the war’s devastating impact: overall, the four-year long conflict had claimed approximately 37,500,000 lives.

Britain and the Empire nations- which included countless troops from Africa, Australia, Canada, the Caribbean, India and New Zealand- had seen 908,371 servicemen killed with many more missing or imprisoned. 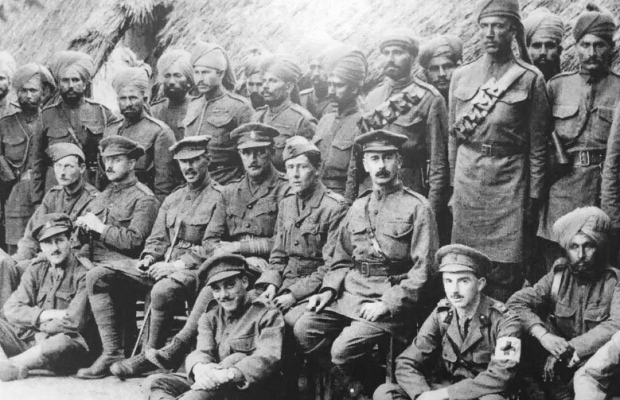 Practically every town and village in Britain had lost men.

The grim statistics worsened by the ‘Pals Battalions’; a system which had encouraged friends, neighbours and work colleagues to sign up and fight together. It did not take long for memorials to begin appearing across the nation.

Although the slaughter had ceased, it was not until the 28th June 1919 that the Great War officially concluded with the signing of the Treaty of Versailles– a controversial document whose harsh treatment of Germany can be blamed in part for sowing the seeds of the Second World War.

The war’s formal end was marked on the 19th July with a bank holiday dubbed Peace Day, marked in London with a victory parade in which over 15,000 troops marched (please click below to view footage):

On that day a number of wooden memorials were erected along the route, one of which was the first incarnation of the Cenotaph (click below to view):

Meaning ‘Empty Tomb’ in Greek, the Cenotaph was designed by Sir Edwin Lutyens, the Kensington born architect whose work is most prominent in Delhi, India- including the grand India Gate, which itself serves as a war memorial to the 70,000 Indian troops who lost their lives between 1914-1918.

Like the other structures that day, the Cenotaph- which, like today, stood on Whitehall– was fabricated from from wood and plaster and was intended to remain in place for just a short time.

Its solemn simplicity however proved immensely popular, with over one million people coming to visit and swathe the structure in wreathes.

It was decided therefore that a permanent Cenotaph should be created and this was unveiled by King George V on November 11th 1920.

The permanent Cenotaph has provided the main focal point for Britain’s annual Remembrance Day ever since.

Built from Portland Stone, the Cenotaph features no religious symbology; a deliberate choice based on the fact that those who’d fought alongside each other in the British and Empire Forces came from all manner of backgrounds and creeds.

Although it’s not immediately clear on first glance, every edge on the Cenotaph is subtly curved. If the trajectory of these lines were to be followed, the vertical edges would converge exactly 1,000 feet above ground whilst the horizontals would arc into a broad circle with its radius 900 feet below ground; a technique known as ‘entasis’.

Where the Cenotaph’s edges lead

As well as enhancing the Cenotaph’s height and solidity, the invisible trajectories projected by these angles invite a broader interpretation; the connection of the earth to the heavens perhaps?

On the 11th November 2018, German President Frank-Walter Steinmeier will take part in the annual remembrance service; the first time that a German statesperson has done so.

On the same day the permanent Cenotaph was inaugurated, so too was the Tomb of the Unknown Warrior.

The Tomb of the Unknown Warrior, Westminster Abbey (image: Wikipedia)

Such was the chaos and ferocity of the Great War that many of those who died were unidentified and as such could not be granted a named grave.

The idea of laying one of these unfortunate souls to rest inside Westminster Abbey as a symbol of all those who’d suffered a similar fate was first suggested by Reverend David Railton who’d served on the Western Front as an army chaplain. 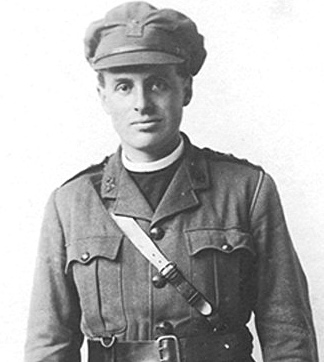 Reverend David’s idea was agreed upon and in early November 1920 six unnamed bodies, each taken from one of the six major battlefields (The Aisne, Arras, Cambrai, Marne, The Somme and Ypres) were carefully exhumed, draped in flags and placed in a chapel near Arras, France.

Brigadier General L.J Wyatt then entered the chapel alone, closed his eyes and selected one of the bodies. The remains of the soldier selected were placed in a coffin- constructed from oak trees grown at Hampton Court Palace– and transported back to the UK with full military honours.

The Unknown Warrior’s coffin at Dover (image: The Military Times)

After crossing the Channel the coffin was transported by rail to London’s Victoria station where it arrived at platform 8 on the morning of the 10th November 1920.

A plaque at Victoria marks the site.

The Unknown Warrior was laid to rest in Westminster Abbey the following day, his tomb topped with a slab of black, Belgian marble.

The memorial remains a profound site to this day.

Of those who’d survived the war, many had done so with appalling injuries, ranging from facial deformities to lost limbs and lungs ravaged by poisonous gas.

In Roehampton, south-west London, men who’d had arms and legs blasted off were treated at Queen Mary’s Hospital which specialised in manufacturing prosthetics.

The hospital had been established in 1915 by Mary Eleanor Gwynne Holford who’d vowed to help the injured after meeting Private F.W Chapman; a young man who’d lost both his arms. 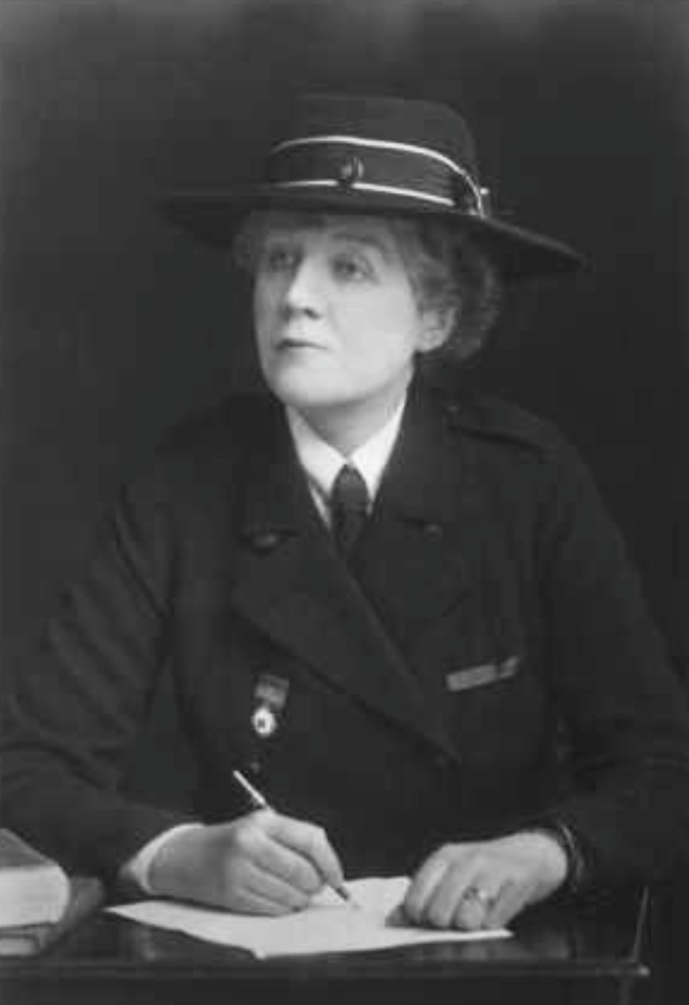 During the war, Queen Mary’s treated 11,000 patients and created so many false limbs that it came to be nicknamed the  ‘Human Repair Factory.’

Following the Armistice the hospital continued its important work- by the end of 1918 it had a waiting list of over 4,000.

As well as the prosthetics workshop, Queen Mary’s also had a gym and other facilities where patients were able to master control of their artificial body-parts, as well as undergoing training to help them secure future employment.

Please click below to view footage of patients at Queen Mary’s Hospital in 1916:

Queen Mary’s Hosptial remains open today and has a small museum on its grounds dedicated to its history.

Other soldiers suffered devastating facial wounds which were often so awful it was a miracle they’d survived at all.

A number of these patients were treated by the artist, Francis Derwent Wood who crafted delicate masks to cover such deformities. 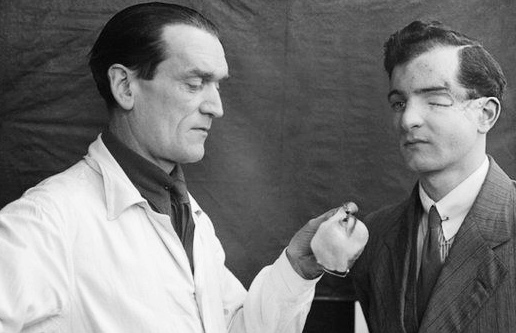 A longer article I wrote a few years ago about Francis’ work can be read here.

Not all injuries of course were physical.

Throughout the war, around 80,000 soldiers were admitted to military hospitals with what was then dubbed ‘Shell Shock’ or ‘War Neurosis’.

In 1918 it was estimated a further 20,000 men were suffering shell shock- and many more would succumb to mental illness in later life as their memories of wartime returned to haunt them.

Those suffering displayed all manner of distressing symptoms from severe facial ticks and night-terrors, to internal pain, an inability to walk or carry out other functions and, in some cases, a complete obliviousness to the world around them.

Sadly attitudes at the time were largely unsympathetic to those suffering from these disturbing mental traumas.

One exception however was Dr. Hugh Crichton Miller, a Scottish neurologist who’d pioneered treatment for mental illness by opening Bowden House; a nursing home for sufferers- the first of its kind in Britain- at Harrow on the Hill, north-west London in 1912. 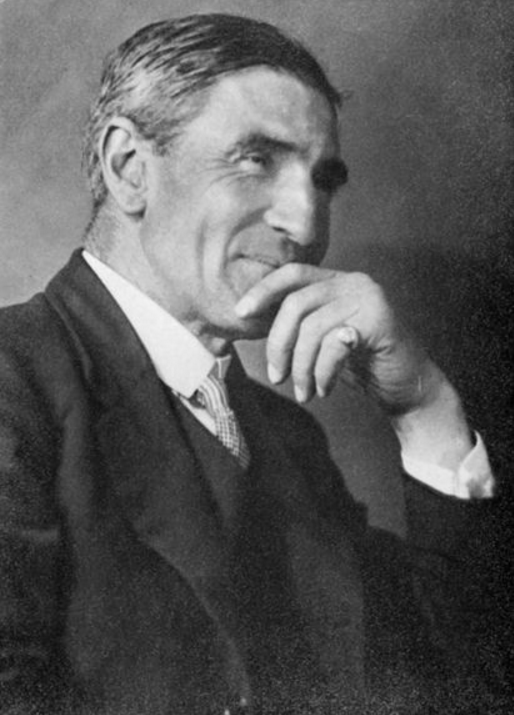 When the Great War broke out, Dr Hugh enlisted with the Royal Army Medical Corps and got to witness the severe affects of shell shock first hand. He quickly came to realise that pioneering new methods were required to treat such cases. One such technique involved having doctors treat patients whilst dressed in civilian clothes as opposed to traditional white coats; an idea which was revolutionary for the time.

After the war, in 1919, Dr Hugh along with a number of donors and supporters founded the Tavistock Clinic (orginally located at 51 Tavistock Square) to continue the work and offer support to civilians.

The Tavistock remains open today and is now located on Belsize Lane, Hampstead. 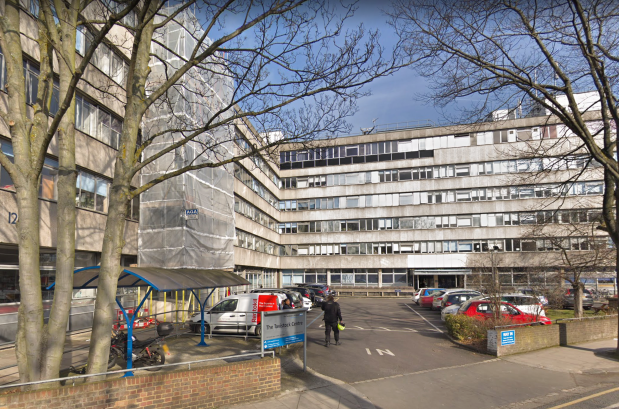 Amongst the many national treasures held by the British Library on Euston Road is the personal notebook of the war poet, Wilfred Owen.

Wilfred enlisted in 1915 and suffered both physical injury and shell shock.

Despite these traumas he returned to the trenches and was killed in action on the 4th November 1918, just days before the war ended.

As his mother back in Shropshire received news of her son’s death, the church bells were ringing out in celebration of the Armistice.

I would like to leave you with Wilfred’s masterpiece- Dulce et Decorum Est, the words of which speak for themselves.

Till on the haunting flares we turned our backs,

And towards our distant rest began to trudge.

Men marched asleep. Many had lost their boots,

But limped on, blood-shod. All went lame; all blind;

Drunk with fatigue, deaf even to the hoots

Of gas-shells dropping softly behind.

But someone still was yelling out and stumbling

And flound’ring like a man in fire or lime-

Dim through the misty panes and thick green light,

As under a green sea, I saw him drowning.

In all my dream before my helpless sight,

He plunges at me, guttering, choking, drowning.

If in some smothering dreams, you too could pace

Behind the wagon that we flung him in,

And watch the white eyes writhing in his face,

His hanging face, like a devil’s sick of sin;

If you could hear, at every jolt, the blood

Come gargling from the froth-corrupted lungs,

Obscene as cancer, bitter as the cud

My friend, you would not tell with such high zest

To children ardent for some desperate glory,