Melancholy Grace… The ‘Boy with a Dolphin’ Statue

Located on Chelsea’s Cheyne Walk opposite the approach to Albert Bridge, the Boy with a Dolphin sculpture is widely considered to be one of London’s most graceful public works of art.

The piece was created by Sir David Wynne; a self-taught artist who established his studio on Campden Hill, Holland Park in the early 1960s.

Shortly after setting up shop, Sir David was invited to sculpt the heads of all four Beatles; a task which required him to spend considerable time with the group and led to a lasting friendship.

Sir David Wynne with his Beatles busts (image via the Daily Mail).

It was in fact Sir David who introduced the Fab Four to Maharishi Mahesh Yogi; an association which led to the Beatles making a visit to the guru’s meditation school in India; a period which greatly influenced much of their later work. 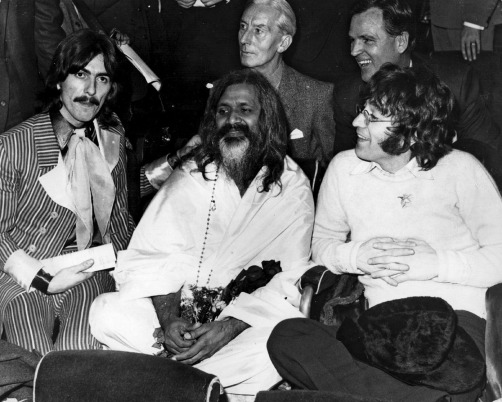 The Beatles with Maharishi Mahesh Yogi in 1967.

Other noted works by Sir David Wynne include a bust of a young Prince Charles, the Queen Mother Gates (which provide an entry point onto South Carriage Drive, Hyde Park) and a statue of ‘Guy’ the Gorilla; one of London Zoo’s most celebrated inmates.

Today, Wynne’s statue of Guy can be spotted in Crystal Palace Park. 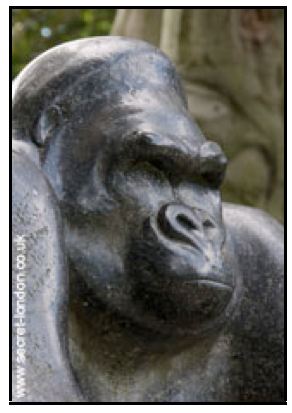 Having read Zoology at Cambridge, it comes as no surprise that sculpting creatures is Sir David Wynne’s true passion, especially when they are shown to be interacting with humans.

His famed Boy With a Dolphin creation (which is frustratingly situated in a very un-photogenic location), was first unveiled in October 1975 as a follow on from an earlier sculpture; the equally balletic Girl with a Dolphin which can be found outside the Guoman Tower Hotel near St Katherine’s Dock. 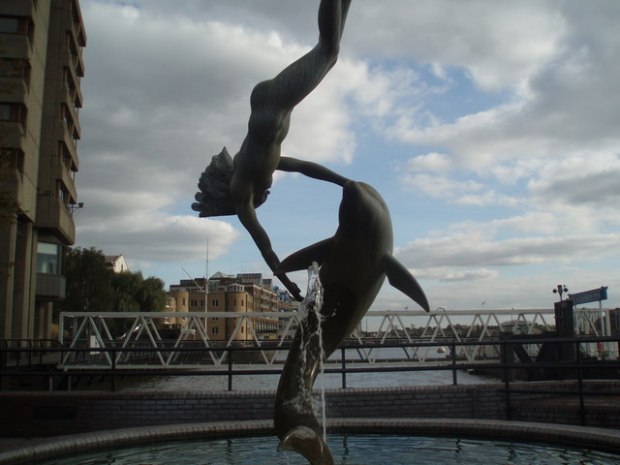 Girl With a Dolphin, sculpted by Sir David Wynne in 1973. (Image via Geograph; copyright Paul Gillett).

Of his Boy With a Dolphin statue, Sir David says that “the boy is being shown that if you trust the world, the thrills and great happiness are yours… if one meets a dolphin in the sea, he is the genial host, you the honoured guest.”

The pair’s delicate, gravity defying appearance is a great technical achievement, accomplished with the use of a double cantilever. 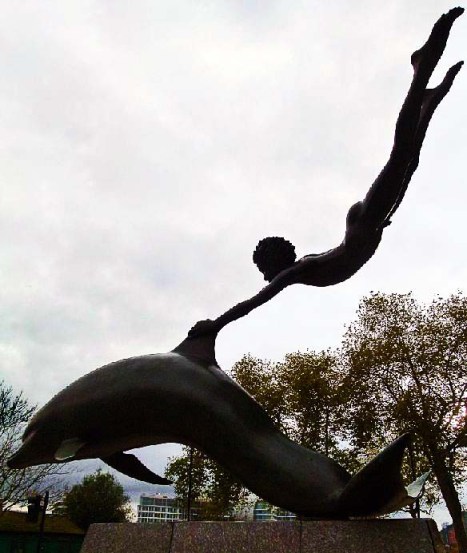 There are actually three casts of this statue… the other two can be found in America; one on Chestnut Place Plaza, Worcester, Massachusetts and the other outside the Mayo Clinic in Rochester Minnesota.

The boy featured in the artwork was modelled upon Sir David’s son; Roland David Amadeus Wynne (Roly for short) who was 11 years old at the time and later went on to play bass in a rock band known as Ozric Tentacles.

Today, the beautiful, sweeping statue depicting him in more innocent times has been dedicated to Roly as a memorial.

Join 5,115 other subscribers
Follow View from the Mirror on WordPress.com